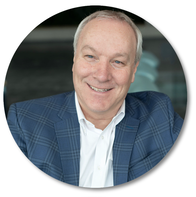 Since founding Ubiquity in 2011, Terry has established himself as a top ranked Executive Coach by helping leaders maximize impact, inspire action and improve organizational performance.

​With a background in Psychology, Corporate Leadership and Coaching, Terry offers unique perspectives in both the hard skills and the soft skills of organizational leadership. He has served in leadership roles at Apple Inc, Bell Canada and Rogers Communications, and twice as a Board Director. He has worked with organizations in over 20 countries. including HSBC, Microsoft, Enbridge, TD Bank, Air Canada and the Government of Canada. His clients range from new managers to veteran leaders, C-Level Executives and Federal Government Politicians. With every client, Terry establishes a confidential, trusting partnership that sets the stage for high-performance growth.

As an IAC Certified Coach, ​Terry specializes in Emotional, Relationship and Organizational Intelligence, including team building, engagement, strategic planning, executive presence and presenting skills. Terry serves on the Executive Committee and Board of Governors for the International Association of Coaching, he is a Professor at the Algonquin College School of Business, a TEDx Speaking Coach, Podcast Host and Author.