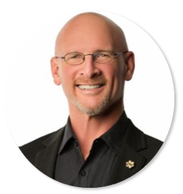 Doug Smith
Keynote Speaker and Mental High Performance Coach for Aspiring Athletes
​Ottawa, Canada
Doug is President of Doug Smith Performance and a former elite NHL Hockey Player, known around the world for scoring the winning goal in the greatest comeback win of all time in any sport: The Miracle On Manchester.

At age 18, Doug was drafted 2nd overall into the NHL to play for the Los Angeles Kings as their youngest player ever. The next 11 years were defined by hockey successes, hockey failures, his lack of awareness and the culture of a collision sport. His career ended suddenly at 29 years old when he shattered his spine in professional game #607.

​Based on his best selling story, workshops and books, Doug now coaches aspiring athletes using a simple but highly effective process for continuous improvement. It is a process that he has used himself and a model he strives to share with others. Doug's patented System, "4-3-8" is the subject of the online webinar System 4-3-8, Your High Performance Playbook.

​If you are serious about an athletic career, or any career where high-performance is valued, Doug Smith is your Coach.
Contact Doug
Book a Consult with Doug